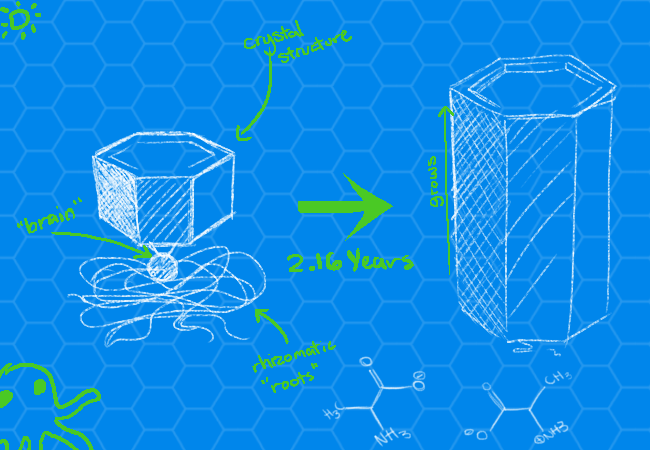 At least you had a good reason for this one - you've changed it into something of an incubator for your pet project, your raison d'etre for learning crystallography.

You've determined it's made of two parts, a rhizomatic root system, which feeds on nutrients from the ground, and a crystalline "body", the part which grows.

These parts are connected by a "brain" - an organelle which uses glycosis to convert these nutrients into perfect, self-replicating crystalline structures. The stem you've found has a living brain, but has been laying dormant. It's not been fed for many, many years.

You have something resembling an idea on what to feed it, but you're certainly not ready to try it out. You've got to consider every angle.

You also have to admit, this knowledge isn't of much use to anyone since in practice, it's just a plant, except it's also rocks. That's what you'd say if you were being purposefully reductive, which you are usually. Since nobody cares about this except you.