> Jane: Clean out your baking chest. 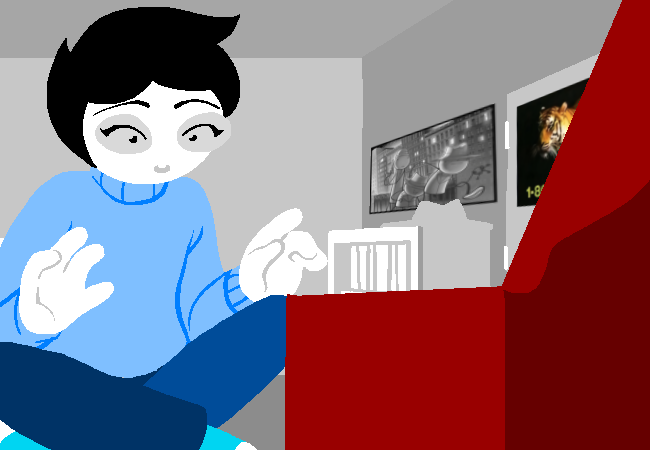 It's been a while, sure. Why not. You get yourself situated on the floor to clean this stuff out. 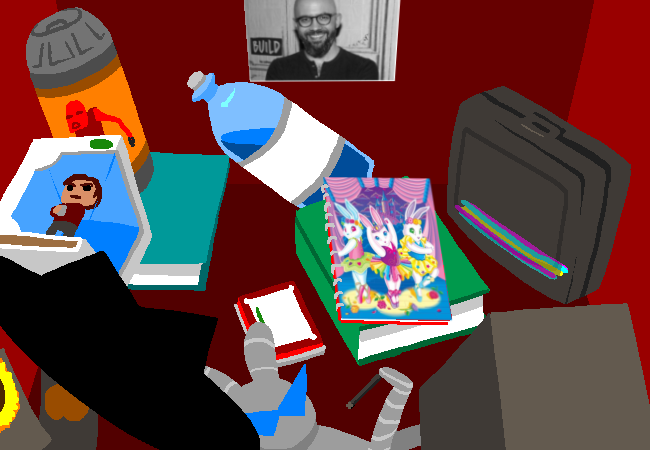 In here you keep an array of humorous and mystical ARTEFACTS, each one a devastating weapon in the hand of a POPCULTURE ACADEME or a PHILOSOPHER NINJA.

Unfortunately, he's out of town this week.

Among the RHOPOS are: ONE (1) RON SWANSON FUNKO POP, ONE (1) SPACEMAKER, filled with MANY (~) COLORED PENCILS, ONE (1) BOTTLE OF BLUEBERRY FAYGO, ONE (1) REPLICA OF WALTER WHITE'S HAT, SEVERAL (~) SEED PACKETS, consisting of PUMPKINS, CRYSANTHEMUMS, and SUNFLOWERS, ONE (1) CANISTER OF LEGO TECHNIC PIECES. You've never opened that last one.

They're all watched over by a photo of Andrew "Babish" Rea. His fatherly, dad-joke energy really brings you comfort these days.

There's also some books, left over from your time in chram school. You called it that because it was both a cram school and a charm school, and to say either individually was more work than it was worth. 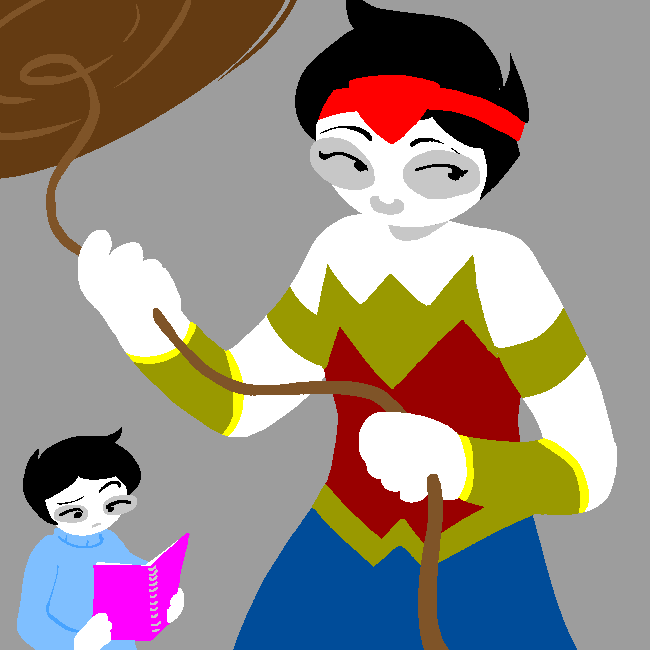 Oh jeez… You forgot about this.

Fanfiction, featuring yourself as Wonder Woman. Against… the villains of your favorite comic at the time, Problem Sleuth.

And even worse, their ne'er-do-well henchman, CLUBS DEUCE is barreling down the tracks in a train!

and then the heroine gets so distracted in fighting the villains that she forgets alllll about the train!

it bunps up against the tied up bitchz real soft-like. bc it was a toy train lol. sorry for ruinin your story janey i just thot it was real funny. its jokes! its like a joke which ur tite ass story SORELY lacks. despite bein the funniest fuckin thing in the world lol MIDNIGHT CREW? cmon janey were not wigglers anymore

(This comic was sponsored.)